NAD+ depletion has been associated ageing and may underlie a wide-range of age-related diseases, such as

Emerging evidence implicates that elevation of NAD+ levels may slow or even reverse the aspects of ageing and also delay the progression of age-related diseases, prolonging both health span and life span.

Boost your NAD+ Phyto levels with a NAD+ Phyto Elixir supplement and turn back time in ageing.

What is NAD+ - Nicotinamide adenine dinucleotide, a coenzyme essential for life.

What does NAD+ do:

Research in regard to exercise, SIRT1, NAD+ muscle recovery and endurance:

As we age, our tiniest blood vessels wither and die, causing reduced blood flow and compromised oxygenation of organs and tissues. Vascular aging is responsible for a constellation of disorders, such as cardiac and neurologic conditions, muscle loss, impaired wound healing and overall frailty, among others. The loss of blood flow to organs and tissues leads to the build-up of toxins and low oxygen levels.

Endothelial cells, which line blood vessels, are essential for the health and growth of blood vessels that supply oxygen-rich and nutrient-loaded blood to organs and tissues. As these endothelial cells age, blood vessels atrophy, new blood vessels fail to form and blood flow to most parts of the body gradually diminishes. This dynamic is particularly striking in muscles, which are heavily vascularized and rely on robust blood supply to function. Other crucial muscles, the heart and brain.

In a series of experiments, it was found that reduced blood flow develops as endothelial cells start to lose a critical protein known as sirtuin1, or SIRT1. Studies have shown that SIRT1 delays aging and extends life in yeast and mice

Research has shown that NAD+, which also declines with age, boosts the activity of SIRT1.

Experiments on mice showed that when SIRT1 signaling is activated it generates new capillaries, the tiniest blood vessels in the body that supply oxygen and nutrients to tissues and organs. However, as NAD+/SIRT1 activity diminishes over time, the study found, so does the blood flow, leaving muscle tissue nutrient-deprived and oxygen-starved.

To determine SIRT1’s role in exercise-induced blood vessel growth, the researchers observed how SIRT1-deficient mice responded to exercise. After a month-long training regimen, the hind-leg muscles of SIRT1-deficient mice showed markedly diminished ability to form new blood vessels in response to exercise compared with same-age mice that had intact SIRT1 in their endothelial cells.

Mice, 20 month of age, the rough equivalent of 70 in human years, was treated with a NAD+ precursor. The NAD+ precursor treatment restored the number of blood capillaries and capillary density to those seen in younger mice. Blood flow to the muscles also increased and was significantly higher than blood supply to the muscles seen in same-age mice that didn’t receive the NAD+ precursor. More remarkable was that the aging mice’s ability to exercise.  They showed 56-80% greater exercise capacity compared with untreated mice.

The researchers say their findings may pave the way to therapeutic advances that hold promise for the millions of older people for whom regular physical activity is not an option. 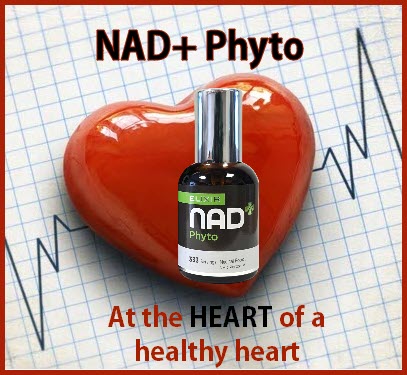 NAD+ Phyto at the Heart of a Healthy Heart 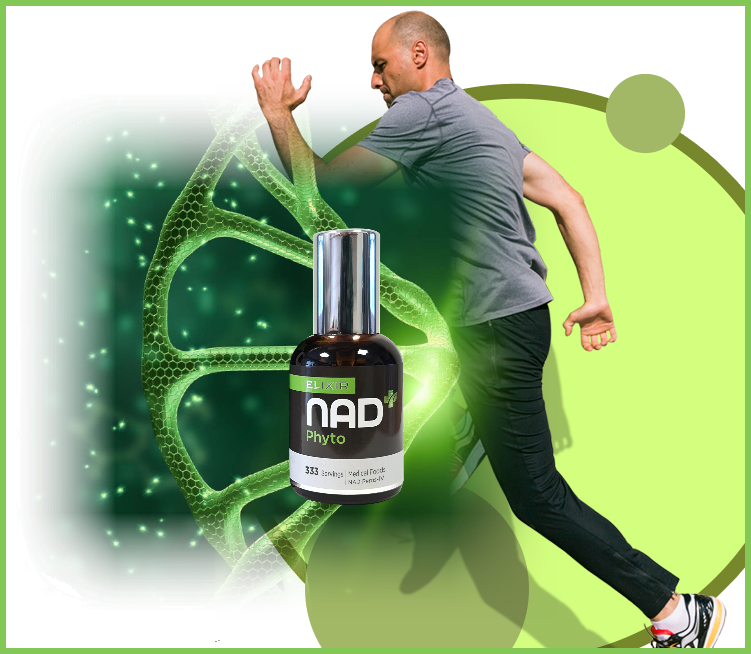 The definition of health – NAD+ Phyto Health. Can health be defined as the absence of disease? Health is defined as: NAD+/NADH ratio = 50/50 Oscillation – our cells need a recurring pattern of movement Read more…